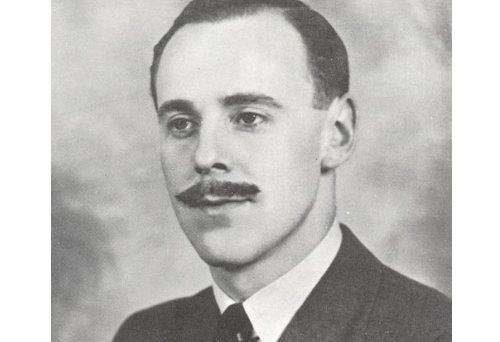 Squadron Leader Joseph R. Kayll is involved in the reorganization of No. 615 Squadron at Kenley Airfield following various losses suffered during the operations of May 1940.

Thus, the Flying Officer Lionel M. Gaunce  becomes the new head of A Flight with the functions of Flight Lieutenant.

Pilot Officer Horace E. Horne is transferred to No. 242 (RAF) Squadron on 2 June. The rest of his career remains unknown. Indeed, he does not seem to have participated in the Battle of Britain following his transfer to No.242 (RAF) Squadron since his name does not appear in the list of “Few”. He was promoted to the rank of Flying Officer (September 1940), then Flight Lieutenant (September 1941), before being transferred to the RCAF on 3 January 1945.

David Evans, born on 21 November 1919 in Liverpool, he joined the Territorial Army in 1938 in the 38th (AA) Battalion of the King’s Regiment. He obtained his transfer to the RAF with an SSU in June 1939. After his training with the 9 E & RFTS of Ansty, he joined the No. 615 Squadron during the month of May.

These first days of June are, therefore, essentially devoted to a series of training in order to allow the Squadron to be able to return to operational activity as quickly as possible.

There are, however, some more serious patrols.

These different sorties seem to take place without incident.