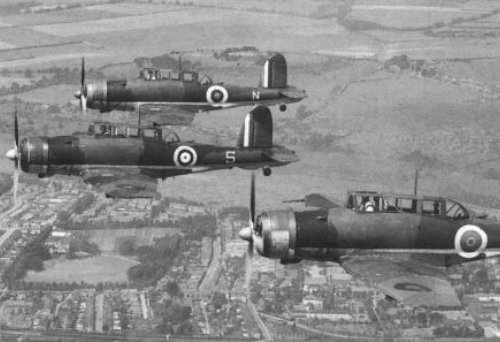 Nine aircraft take off at 10h45 to reach Hawkinge to provide cover for a sea convoy from 14h45. An alert takes place around 15h00 but the threat turns out to be a formation of Blackburn B-24 Skua [1]. The Hawker Hurricane Mk I P3380, of Flying Officer John R.H. Gayner, however, had to return to Kenley due to a problem with the landing gear. The rest of the formation returned to land at 18h20 after 03h00 hours of flight (including refuelling at Hawkinge).