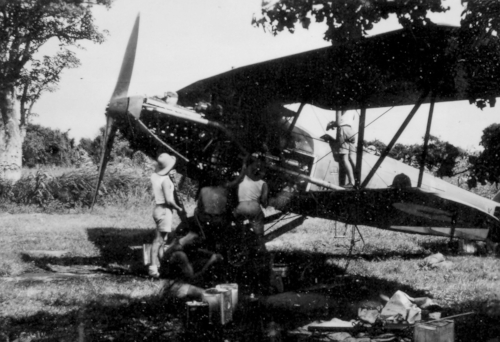 No.94 (RAF) Squadron knows a bit of action when Squadron Leader William T.F. Wightman (L9047) takes off at 12h25 for the usual patrol over the port of Aden. At 13j25, he receives order to go to Steamer Point where an unidentified aircraft is reported. The latter turns to be a Savoia-Marchetti SM.79 and Squadron Leader William T.F. Wightman attacks immediately, firing several bursts from behind. He loses however quickly the bomber and must  land at 13h40. Two more Gladiators take off immediately: Sergeant F. E. Hendy (N5787) and Gerald D.F. Herrtage (N5757) but they fail to locate the Italian bomber and return after twenty-five minutes of flight [1].