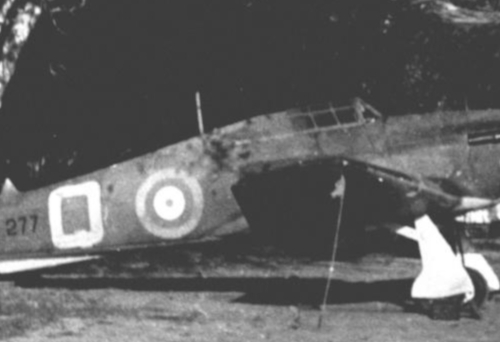 The day before, seven Vickers Wellesley of No. 47 (RAF) Squadron were instructed to join Khartoum airfield at 09h00. The next day five planes take off to bomb Gondar at 03h43. However, the Vickers Wellesley K7728 (Squadron Leader James E. Pelly-Fry) encountered an engine problem. Unable to cross the mountains of western Ethiopia, he made the decision to divert the formation to Metemma airfield. Arrived above the target, several Caproni Ca.133 are observed on the ground. Despite several bomb attacks and machine guns, the crews were unable to confirm any damage [1].

In connection probably with this event, several aircraft of No.430 (RAF) Flight are also sent to attack this airfield. Flight Lieutenant A.B. Mitchell claims a damaged Caproni Ca.133 there [2].