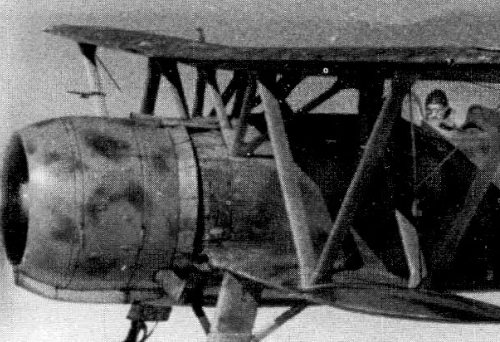 No.45 (RAF) Squadron sends three Blenheims to bomb the Gura airfield around 12h50. However, 412a Squadriglia CT was transferred to this airfield with nine Fiat CR.42 a few days before. A fight erupts with the Italian fighters during which the Bristol Blenheim Mk I L6665 (Squadron Leader George J. Bush ; Sergeant John C. Usher ; Sergeant James Corney) is shot down and probably claimed by Tenente Mario Visintini with the help of Sottotenente Giovani Levi and Sergente Luigi Baron.

At least one Savoia-Marchetti SM.79 is reported on Aden, around 09h00. Three Gloster Gladiator of No.94 (RAF) Squadron take off but only the L9047 of Flying Officer Gordon S.K. Haywood is able to join the Italian aircraft. A short confrontation broke out, but the Italian bomber managed to flee quickly, while emitting a slight black smoke (probably because of the quality of the fuel).