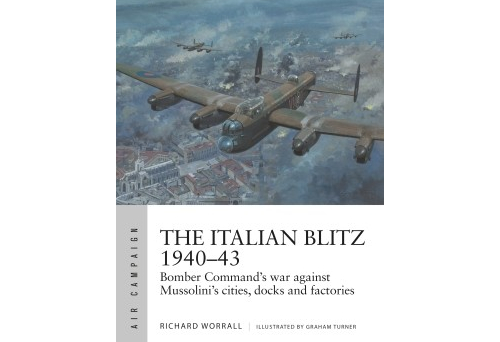 As the author points out, it should be noted that while the action of Bomber Command over Germany is relatively well documented, the same cannot be said of the bombing of other European countries, including Italy.

However, the bombings carried out against Italy, in addition to being relatively numerous, have several interesting characteristics to note:

Unfortunately, the work also suffers from a not insignificant defect. It is essentially a history of the bombing of Italy as seen by Bomber Command and British decision-makers. The author does not cite any Italian sources (archives or publications) and relies here mainly on the work of Claudia Baldoli (who is indeed one of the best Italian specialists on the subject). This is particularly apparent in the brief presentation of Italian defence (active and passive), which lacks consistency. This is unfortunate because it is still difficult to understand the result of the bombings as experienced by the Italians (civilian population, military and government). It nevertheless shows that Italy proved incapable of opposing these attacks for lack of the development of a night fighter and a rational organisation of anti-aircraft defence.

In conclusion, The Italian Blitz, despite the originality of its subject remains very classic in its approach: the analysis of British strategy (from the perspective of Bomber Command) against Italy. But on the other hand, it is perhaps also the limits of a 90-page Osprey fascicle.

Note that the author: Richard Worrall is a British academic (University of Manchester) whose previous work focuses on Bomber Command (part of his work is available here https://www.mmu.ac.uk/hpp/staff/profile/index.php?id=4031) and who participated in the research programme “Bombing, States and Peoples in Western Europe 1940-1945” (http://humanities.exeter.ac.uk/history/research/centres/warstateandsociety/projects/bombing/).

If you would like to support my site, you can purchase the book on Amazon using the following affiliate link.