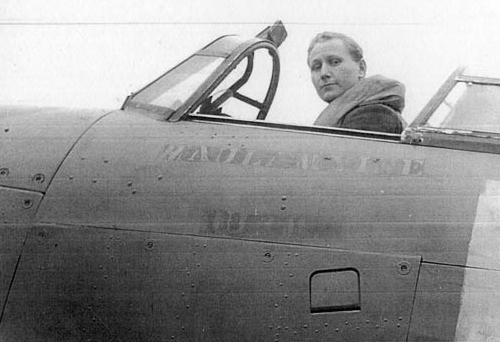 On 16 June, a message arrived indicating that if the squadron remained available for operations over France, a series of training sessions should be organized to participate in the defence of British territory within Fighter Command. Pilots must therefore progressively leave on secondment to the No.11 (RAF) Group to follow training on radio and radar procedures for bomber interceptions.

In addition, three new pilots arrived on 18 June from the No.5 (RAF) Flying Training School. They are Pilot Officer Sydney J. Madle and Sergeant Sergeant Derrick W. Halton and Olivier V. Houghton. The latter’s presence will be very short as he will be transferred to No.32 (RAF) Squadron on 10 July.

Sydney James Madle was born on 13 January 1921 at Strood, Kent. He was educated at Sir Joseph Williamson Mathematical School before working for South Eastern Electricity in Rochester. He joined the RAFVR in January 1939 and was trained at No.23 (RAF) Elementary & Reserve Flying Training School and No.5 (RAF) Flying Training School. He joined No.615 Squadron on 18 June 1940.

Oliver Vincent Houghton was born on 19 January 1921 in Foleshill (Conventry). He worked as an aeronautical worker before joining the Civil Air Guard in October 1938 and then the RAFVR on 22 March 1939. He was trained at No.4 (RAF) Initial Training Wings (30 October) then No.5 (RAF) Flying Training School (9 December). He joined No.615 Squadron on 18 June 1940 but his presence was very short (he does not seem to have made an operational flight) then he was transferred to No.32 (RAF) Squadron (10 July) then to No.501 (RAF) Squadron (27 August). He was killed in aerial combat on 6 September 1940 when his Hawker Hurricane Mk I V6646 crashed near Long Beech Wood (Kent).