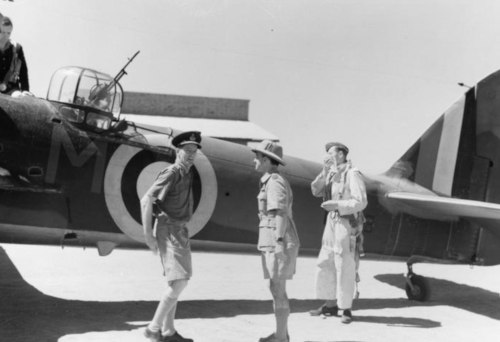 To end the month, No.8 (RAF) Squadron decided to take off with six Bristol Blenheim Mk I between 06h05 and 09h30. The first three attack Tandaho’s target at low altitude, while others bombard dive. Several bombs are reported on the buildings housing Italian troops without it being possible to evaluate the results [1].

Finally, No.203 (RAF) Squadron receives the reinforcement of three Bristol Blenheim MkIV (T2072; T2075; T2112) [2] with crews. However, it is surprising to note that while the Squadron is specialized on the MkIVF version, they are configured as bomber [3].