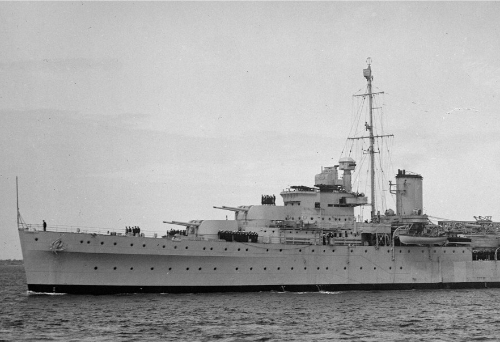 Following the events of the day before, No.203 (RAF) Squadron is responsible for providing air cover for a maritime convoy accompanied by H.M.A.S. Hobart.

Around noon, the Blenheim Mk IVF L9042 (Pilot Officer Heslop M.F. Barnitt, Sergeant Albin J. Finch, Leading Aircraftman Blackburn) attack five Savoia-Marchetti SM.79 from the 44bis Gruppo BT. He is, however, quickly hit by the defensive fire of the bombers and forced to break the fight to return after a pursuit of thirty minutes. British ships are attacked three times in the morning, but seem to be unscathed [1]. In the evening, Kamaran’s field is visited by two Italian aircraft [2].

The day before, six Bristol Blenheim Mk I of No.11 and 39 (RAF) Squadron were sent to Perim Island to conduct a raid on Dessie airfield. However, at dawn, the mission is canceled due to a lack of available fuel and the aircraft are diverted to a secondary target: the port of Assab where a 120-mm coastal artillery is destroyed, as well as a stock ammunition [3].

Around 07:00, a IMAM Ro.37bis from the 110a Squadriglia RA is reported over the various advanced airfields along the Kenyan border [4].