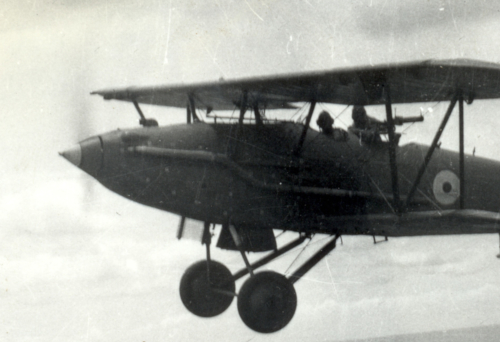 No.40 (SAAF) Squadron continues daily reconnaissance operations on Hartbees from various advanced terrain in northern Kenya. For example, on 6 October, Hartbee No. 803 (Lieutenant Lawrence H.G. Shuttleworth, Sergeant Goosen) took off from Garba Tulla for a patrol over Arba Jahan. The report indicates the presence (abnormal) of many traces, on a camel road, betraying a possible passage of vehicles. Soon after, a concentration of about ten mules is observed on Buna. The pilot drops a bomb of 20lb, which is detached badly from the rack and falls to the side. The mules, nevertheless frightened, flee immediately. After a detour for refueling at Habswein, the crew landed at Garba Tulla after five hours of flight.[1]