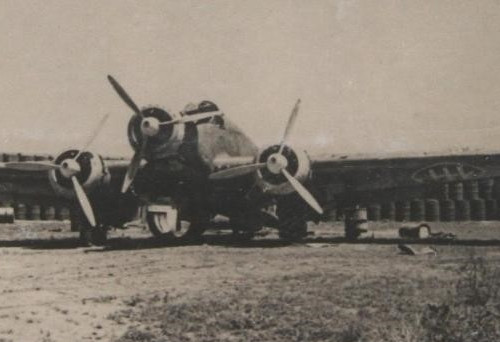 Savoia-Marchetti SM.79 from 44bis Gruppo BT are back to attack Aden and convoy BS 31/2. The No.94 (RAF) Squadron’s Gloster Gladiators responded and the N5757 (Sergeant F.E. Hendy) and N5787 (Pilot Officer A. Darling) were able to intercept Italian bombers over Khor Umera around 08h30. Several attacks are made, but the British pilots are not able to appreciate the result. However two Savoia-Marchetti SM.79 are damaged, the first land in emergency in Adigala following a leak of fuel, while the second is reported victim of a tree during landing on the ground of Dire Daua.[1] A victory will be validated soon after by the RAF, after an Italian aircraft is spotted damaged on the ground in Zeilah. This may be the bomber mentioned above, although the two zones do not match [2].

In any case, this series of raids authorizes two observations. It illustrates the reduced results of the RAF air campaign against Eritrea aerodromes. Because of the vastness of the territory, the Italians simply needed to return their aircraft inland to avoid bombing and then redeploy them to the aerodromes in question, when necessary. In addition, the limited resources available do not allow to prohibit their use. It can be noted, thus, that Dire Daua will not be worried during these days. Conversely, the mediocre results of the S.79 prove the extremely reduced danger of a closure of the Red Sea by Italians. So during these few days, Regia Marine will be totally absent. Here again, the issue of available material resources also arises for Regia Aeronautica to prolong nuisances.