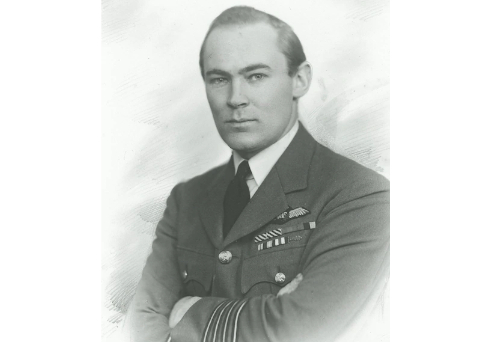 This day sees part of No.14 (RAF) Squadron engaged in a special mission. Indeed, in mid-August 1940, the local command of the RAF is contacted by the intelligence services. According to them, the Regia Aeronautica has planned to try, around 20 August, a shipment of aircraft toward East Africa. To this end, several Savoia-Marchetti SM.79 have to leave Benghazi to land in the evening on an airfield in the middle of the desert, from where they have to leave at dawn towards Eritrea. After a long search, one of these airfield is identified near the border between Libya and Sudan, Jebel Uweinat. However, the neutralization of these aircrafts appears most delicate: Savoia-Marchetti SM.79 flying night, an interception by fighters is impossible and a prior destruction of the airfield is useless. The only solution is to surprise the Italians during the refueling by bombing. Again, the difficulties are many as to identify, at night, an aifield in the middle of the desert and attack for a short time of about an hour.

No.14 (RAF) Squadron is then consulted and a group of five crews is formed under Flight Lieutnant Deryck C. Stapleton.

The detachment leaves for the advanced airfield of Wadi Halfa on 24 August. On 27 August, the code “Gin and Tonic”, announcing the immediate order of attack, is received at 13h00. The five Vickers Wellesley take off immediately to take the direction of the target. Aircrafts are equipped with a mix of 40lb incendiary and fragmentation bombs. A problem arises, however, immediately. Indeed, the target is located about 650 km from Wadi Halfa is about eight hours of flight, which corresponds more or less to the autonomy of Vickers Wellesley.

« The weather was kind,” recalled Stapleton, “clear blue skies, visibility good, some ominous streams of sand scuffing the surface.  In the last fifty miles the flight dropped down to low level to make an approach.  At the going down of the sun, the silhouette of the conical mountain came up on cue – a jagged pile of an extinct volcano, sandblasted to a core of red and beige vertically cracked rocks.  The aircraft slotted into line astern, all safety switches locked to ‘off’ and the airfield in the lee of the mountain appeared dead ahead in the centre of the windshield.  The navigators had done their stuff. »

It is, then, planned a first pass with machine gun to damage Italian aircrafts, a second to drop the bombs, and an immediate return to the base. Still according to Stapleton :

« the windsock – a somewhat tattered edition… the refuelling pumps… the landing strips, but no aircraft.  All this grinding flight and there was nothing, not even a building, a shed or any transport on the place to receive explosive frustration.”

The Vickers Wellesley return at 21h30 at the limit of their autonomy, the engines of an aircraft stopping when landing.

Finally, if five Savoia-Marchetti SM.79 seem to have left Benghazi, a violent sandstorm would have forced the formation to turn back, one of them crashing in the desert [1].

Regia Aeronautica continues its raids of nuisance since at least two Savoia-Marchetti SM.79 attacked Garissa, as well as two unidentified aircrafts on El Katulo, without consequence [2].

If the SAAF activity is still limited to some reconnaissance flights from No.40 (SAAF) Squadron, some welcome reinforcements arrive in Kenya. If the first two Fairey Battle Mk I (No. 917 and 918) and a Hawker Hurricane (No. 272) are highly appreciated [3], the second are more criticized. Indeed, No.2 (SAAF) Squadron receives six additional Hawker Fury. According to the War Diary :