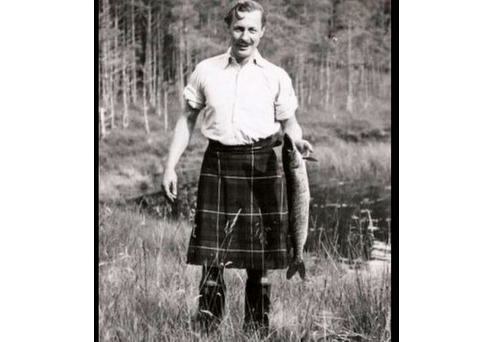 The entry into action of No.615 Squadron is fast with a series of alerts in the early days of September. Thus, on 6 September, the A Flight receives the order to take off at 06h00 and to orbit for thirty minutes above the airfield of Kenley, before being recalled. But after the first two weeks of war, the squadron’s core activity is training. At the same time, some of the pilots are temporarily sent to the No.11 (Fighter) Group Pool to attend a conversion course on Hawker Hurricane. Unfortunately, it is during this preliminary training period that the Squadron knows its first tragedies.

Thus, the Pilot Officer Anthony St.C. Rose has the sad privilege of being the first to be killed when he crashed in command of Gloster Gladiator Mk I K7987, near Bletchingley, on 11 September 1939. According to the available documentation [1], decision is then made to organize night flight training sessions with landings and formation flights, within a radius of approximately eight kilometers southwest of Croydon. The weather conditions are deemed to be in good visibility with a cloud base at 600 meters. However, to minimize the risk, only three aircraft must be flying at the same time. Pilot Officer Anthony St.C. Rose will take off at 20h15 aboard the Gloster Gladiator Mk I K7987 for about thirty minutes. The training was delayed, and he did not leave the ground until 20h40. Around 21:05, he radioed with Flight Lieutnant Leslie T.W. Thornley to inquire about the next events. He is then asked to return over Croydon. The Flight Lieutenant Leslie T.W. Thornley takes off at the same time, along with Pilot Officer Thomas C. Jackson. They are, however, unable to contact the Pilot Officer Anthony St.C. Rose who seems to know serious difficulties for navigation following many exchanges with the air controller. Weather conditions deteriorate rapidly, greatly reducing visibility, forcing only instrument flying. Around 21h50, a phone call was made by the local police to report a possible plane crash according to several witnesses. Pilot Officer Keith T. Lofts and Flying Officer Robert S. Cromie (doctor) are immediately sent to the scene where they can only see the destruction of the aircraft and the passing of the unfortunate Anthony St.C. Rose The investigation concludes a loss of control due to a sudden deterioration of visibility, as well as a lack of experience in instrument flight. He was cremated at Croydon Crematorium on 14 September 1939.

On 21 September 1940, Pilot Officer John R. Lloyd damaged the Gloster Gladiator Mk I K8044 while taxiing at Croydon Airfield. The month of September is also marked by the visit of the First Lord of the Admiralty Winston Churchill, which was made Honorary Air Commodore of No.615 (County of Surrey) Squadron on 4 April 1939.

The month of October begins with another tragic accident, as Pilot Officer John C. M. Hanbury is killed, when the Gloster Gladiator Mk II N2314 (KW-M) crashes near Dorking [2]. In this case, he took off at about 20h00 from Croydon Airfield with Flying Officer Peter N. Murton-Neale and Pilot Officer Keith T. Lofts for a night flight training between Gatwick and Ockley. The latest visual on Pilot Officer John C. M. Hanbury is reported around 20h30 when the leader checks the presence of his two wingers over Ockley. Unfortunately, the latter is discovered missing over Kenley and no radio contact is able to be established with him. Shortly afterwards, an army phone call reported an air crash near Holmwood (around Dorking) around 20h50. The reasons for the accident appeared mysterious in the report since the pilot had some experience with flying in these conditions. In addition, the study of the aircraft wreckage reveals no potential malfunctions or breakdowns. The altitude on site is also low: 90 meters above the sea. The weather conditions are however not good and deteriorate from 20h30 with a high cloud cover at only 800 meters. The most likely hypothesis would be that the pilot would have confused the lights on the ground with the navigation lights of his leader. He would then have tried to join him without checking his instruments until the fatal impact. It should be noted that flying over Kenley Airfield, Flying Officer Peter N. Murton-Neale was forced to descend to an altitude of about 300 meters to remain under clouds. However, there is no evidence to support the reasons for the accident that cost the life of Pilot Officer John C.M. Hanbury. He is buried in Chelmsford Cemetery on 3 October 1940. His ashes will later be transferred at his mother’s request to Hylands Park to rest with his father.

John CM Hanbury was born on 23 November 1908 in Chigwell (Essex), hirs father (John M. Hanbury) co-director of a brewery in London (Truman, Hanbury, Buxton & Co) and his mother (Christine G. Colston), trained nurse. He spent part of his childhood on a family farm in the small village of West Hatch. His parents are relatively well-off middle-class, since they have seven servants at their disposal and are able to spend the holidays in a small estate in Scotland, Their only young son is sent to attend school in Eton. He suffers, however, the consequences of polio during his childhood which prevents him from being able to devote himself fully to sports activities.

In 1922, his father was able to buy the beautiful estate of Hylands House (Chelmsford) and his huge park of 232 hectares.

Unfortunately, the happiness is short-lived since he died suddenly in 1923, leaving his wife in charge of the brewery. While his entry into the majority is a great celebration with a ball attended by nearly three hundred guests at Hylands House, his studies at Pembroke College Oxford in October 1928 do not seem to be a great success since it disappears from the records at the end of 1930 without be graduated. After a “world tour”, he joined the family brewery as co-director. It seems, moreover, to lead the hectic life of the wealthy youth multiplying strongly alcoholic evenings and parties in the pool, while he regularly accompanies his mother in cruises. During one of them, in 1935 in the Caribbean he met the young Felicity Hyde Watts and marriage took place on 25 January 1934. The two young brides seem to discover a passion for aviation because they take courses quickly at Avro Club Cadet, Airwork School of Flying on the Heston airfield, and get their flight certificates in November. This new hobby allows the young couple to regularly rent a plane to spend the weekend in Le Touquet, obviously being accompanied by their valet.